Driconeq now owned by Mincon develops produces and distributes advanced drilling equipment for mining, water well drilling, construction, and mineral extraction, among other applications. The products developed are used every day in nearly every part of the world and contribute to the development and improved efficiency of the drilling industry, no matter what requirements. 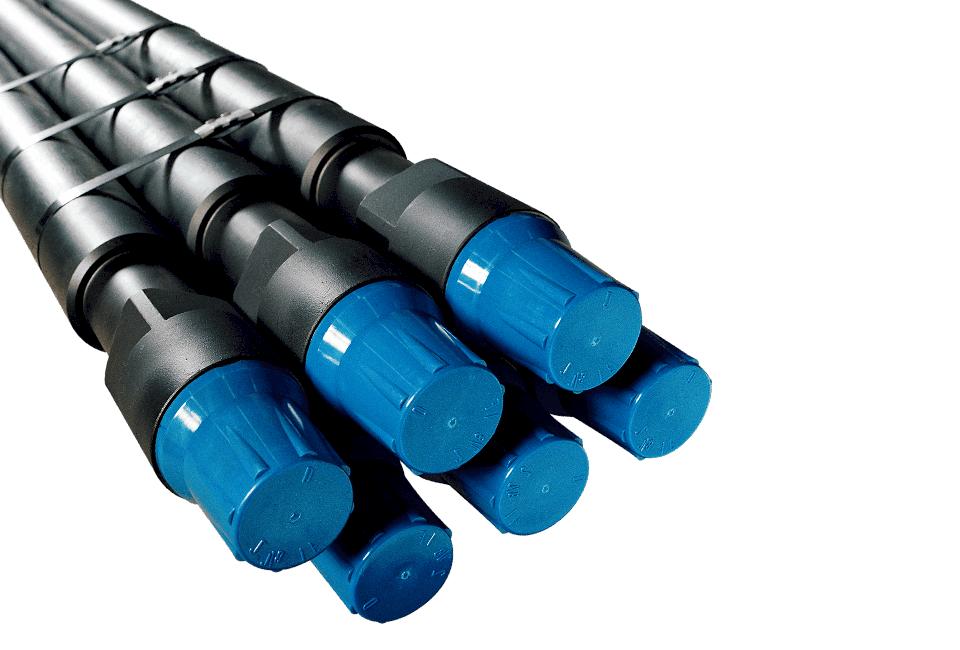 When you need to drill high-quality holes with diameters between 100-254 mm, DTH (Down The Hole) drilling is by far the best and most effective method. DTH drilling can be performed in most types of rock, hard or soft. It’s a commonly used method in the mining industry (blast hole drilling), water-well drilling, construction, and the oil and gas industry.

In DTH drilling, the drill string rotates while the drilling hammer continuously strikes down into the rock. Inside the hammer, a piston-powered by compressed air gives the drill bit its striking power. This combined with the rotational movement means the rock is crushed in a very efficient manner because the power transfer takes place down in the hole when the piston strikes directly at the bit – hence the drilling method’s name.

There is minimal energy losses along the drill string and holes can be drilled down to 6,000 meters in depth. DTH is a reliable method that drills stable holes with exceptional straightness. The method is also excellent both environmentally and socially because it produces far less noise and vibration than many other drilling methods, making it a widely used drilling method in cities and other populated areas.

We don’t always know a lot about what is hidden in the bedrock beneath our feet. There is, therefore, a lot we can learn, and using specialist methods we can improve our knowledge significantly. For example, with RC drilling (reversed circulation) you can find out if the bedrock is strong enough to support construction or if you can extract materials from it.

RC drilling is a method used in exploration drilling. It helps you gain fast and reliable results about what is hidden down there in the bedrock. The method makes use of both hammer and rotation movements.

The method works by using compressed air to extract rock fragments, known as drill cuttings, which can then be analyzed. To explain the method in another way: the RC pipe comprises an inner and outer pipe. Air is blown between the walls of the inner and outer pipes down to the hammer where the air forces the cuttings back up through the center of the inner pipe: this means that cuttings are not mixed from different layers. Instead, you get an exact answer as to what the rock is made of at each level.

This technique is used for depths down to 600 meters. Samples are taken continuously during drilling, with around 12% of the cuttings going for analysis. 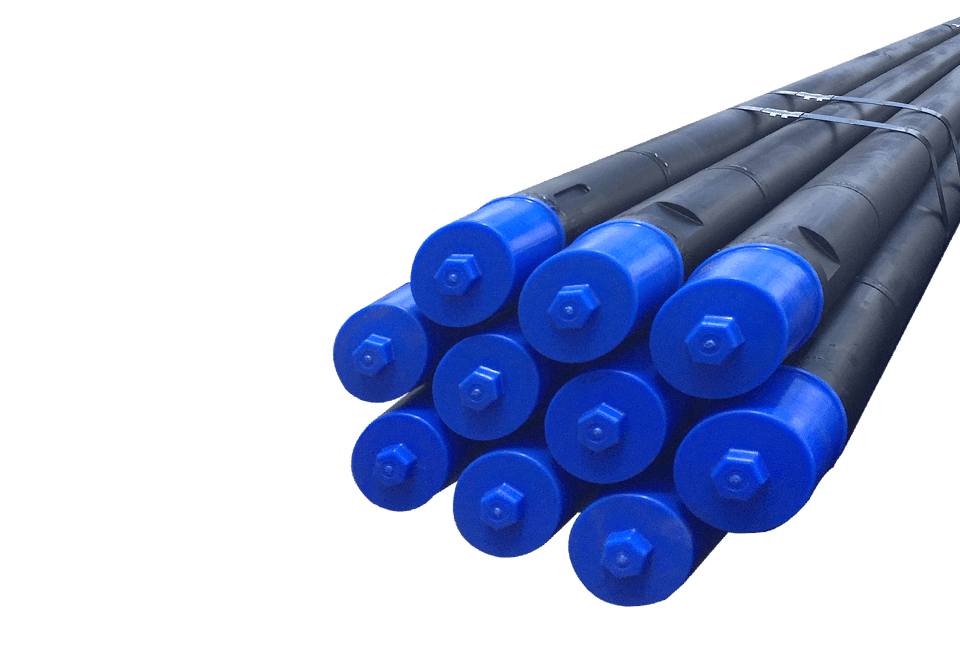 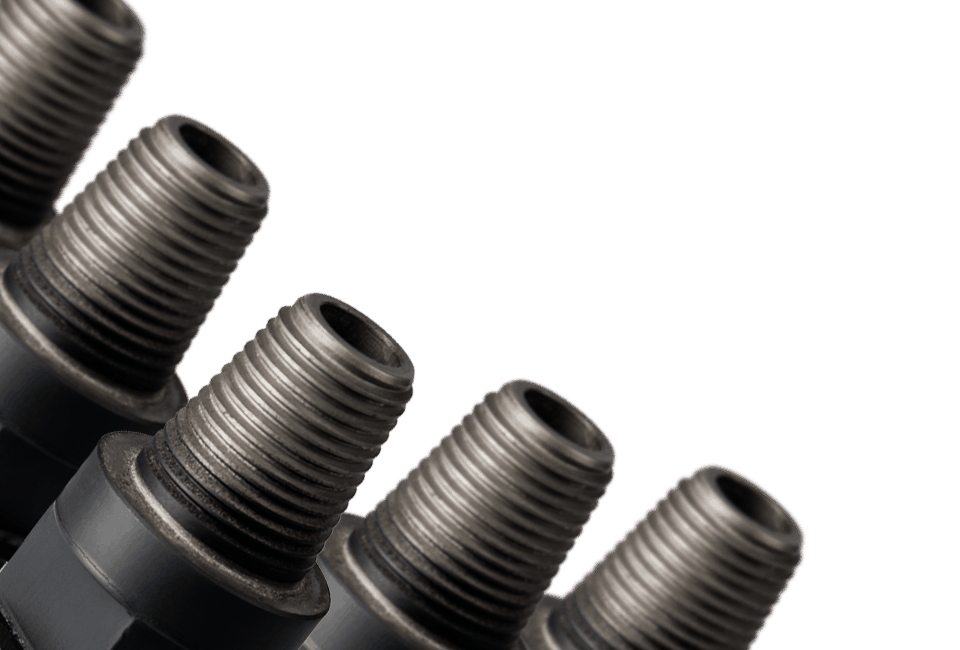 Unlike DTH drilling, rotary drilling does not require force in the form of a hammer blow. Instead, rotary drilling creates a very large compressive force along the drill string, in combination with rotational movement.

Rotary drilling was a common drilling method in the oil industry in the early 20th century. Today the method is used primarily when large diameters (over 150 mm) are required, such as in deep waterwell drilling, open-cast mining, and quarrying.

There are currently two types of rotary drilling :

Rotating cutting drilling is a common method for drilling in softer materials such as sand, clay, and soft rock. A drag bit is used instead of a normal drill bit. This bit has 2-4 wings with carbide tips that cut up the material by pressure and rotation.

Directional boring, commonly called horizontal directional drilling or HDD, is a steerable trenchless method of installing underground pipe, conduit, or cable in a shallow arc along a prescribed bore path by using a surface-launched drilling rig, with minimal impact on the surrounding area.

Directional boring is used when trenching or excavating is not practical. It is suitable for a variety of soil conditions and jobs including road, landscape, and river crossings.

Directional boring is not practical if there are voids in the rock or incomplete layers of rock. The best material is solid rock or sedimentary material. Soils with cobblestone are not recommended. There are different types of heads used in the pilot-hole process, and they depend on the geological material. 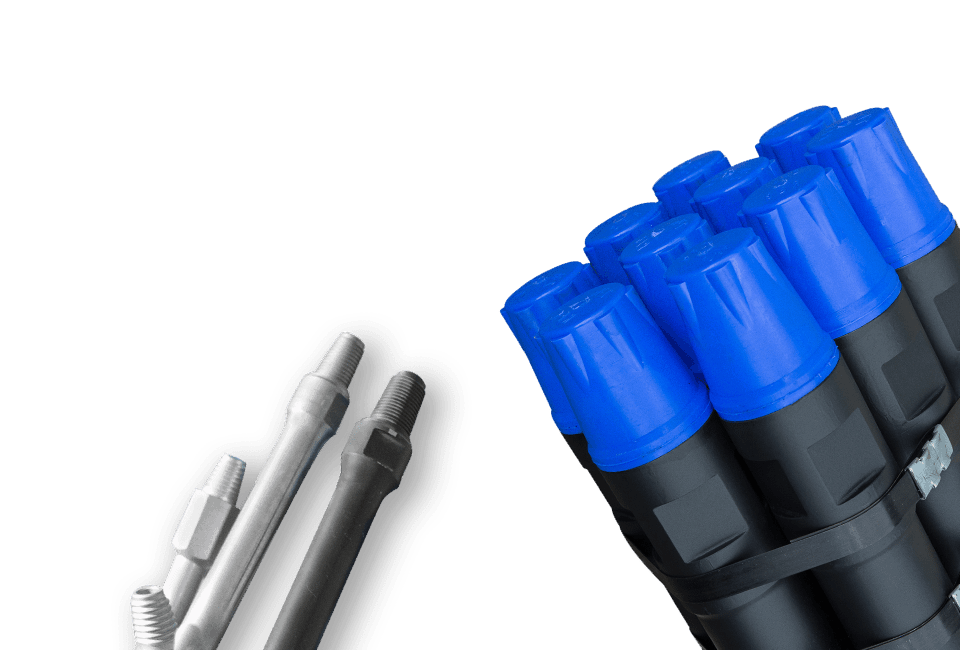 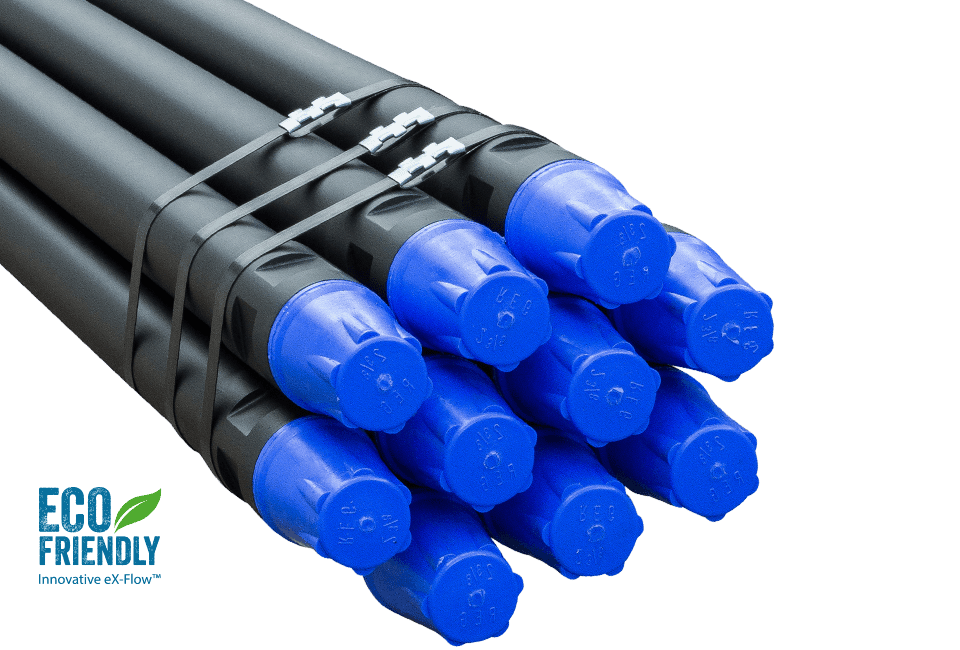 Introducing eX-Flow® – Our most innovative drill pipe yet!

At first you might not notice the difference between our standard drill pipes and the innovative eX-Flow®. But don’t let first impressions fool you! The eX-Flow® is packed with state of the art technology that will revolutionize your drilling.

In a drilling operation you need more than drill pipes to obtain a complete drill string, from the drilling rig to the drill bit. The construction of a drill string varies depending on the drilling method used, requirements on hole quality and the ground conditions.

Regardless of which drilling method you use, or what accessories you need, Driconeq will customize a complete solution for you. Our accessories have the same high quality as our drill pipes, so we can ensure maximum life for your entire drill string. Our meticulous production and delivery processes ensure that each part fits with the next, providing a reliable complete solution tailored to your wishes. 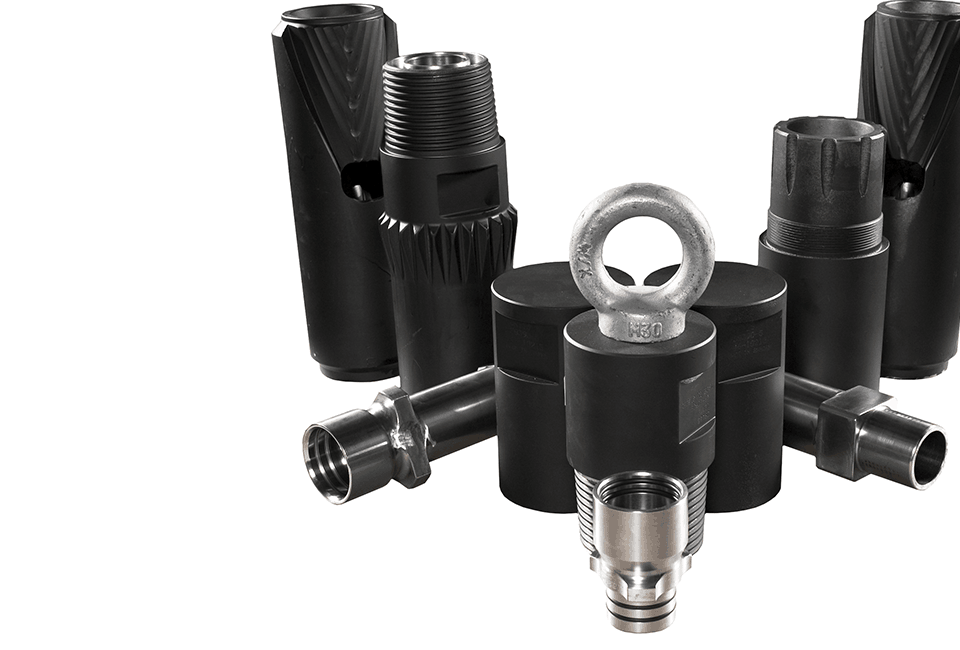 A drill pipe is a high-strength steel pipe used in drilling. Depending on the drilling method and purpose of drilling, pipes come in different thickness and lengths, with the most common lengths being 3-10 meters. Drill pipes are joined together one by one as the drill progresses deeper into the bedrock. Together, the pipes form a drill string, which can extend several kilometers down into the ground.

Each drill pipe consists of three parts welded together, a central portion and two end pieces. The end piece contains either a male (“pin”) or a female (“box”) thread, which permits interconnection of two drill pipes. The entire drill string is subjected to extremely high loads during drilling, and the thread is always the most critical part in each pipe. If for any reason the male and female thread do not fit exactly into each other, the thread will most probably break and you will lose your entire drill string.

Driconeq focuses on this critical point. We have the experience and knowledge to customize your drill pipe to match the conditions you are drilling in. Our end pieces are manufactured in a high-quality steel which is then tempered to achieve a superior durability. Our technique extends the thread’s lifespan by over 50% compared with steel grade 4140 that is frequently used.