Crack Rock Demolition is the fastest, most powerful and economical expansive controlled demolition agent of its kind. It is made of a safe, non-toxic powdered mixture of natural minerals. When mixed with water and poured into pre-drilled holes it will expand at an incredible force of over 20,000 PSI which is able to break any strength of rock or concrete. 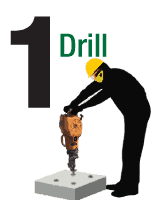 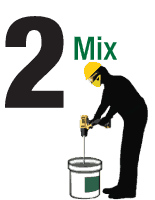 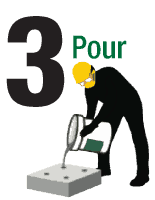 Where can it be used?

A customer up in the beautiful cottage country of Parry Sound Ontario needed to crack a rock that was preventing their contractor from completing a project.  So, after learning of Crack Rock Demo they decided to give it a try.

CRD: “What brought you to using Crack Rock Demo?”

Jeff: “Well we are getting some work done, and the contractor said he needed 25% of a large rock removed. So I wanted a product that I could use myself, and not have to rely on abunch of tools or equipment. We got the breaking and removal of the rock quoted to us and it was an amount we thought was absurd. So after some research we came across the Crack Rock Demolition. Looking through the steps and process and the required material I thought ‘I can do that’”. 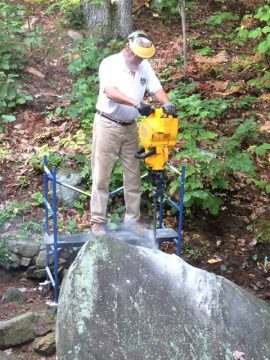 CRD: You had to rent a Pionjar rock drill, had you any experience with it before, or operating this type of machinery?”

Jeff: “Never, nothing out of the typical tools I mean. It was the most difficult part of the job. That being said though it still wasn’t too difficult though I found. Heavier than expected and was tough to get the drill started, both the machine itself as well as the hole, because the machine would sort of bounce off of the spot I am trying to get going. After a bit of practice though it became easier and easier”

CRD: “What were your initial thoughts on the product itself, have you seen or had any exposure to this type or product?”

Jeff: “To be honest I was skeptical at first, seeing this powder in a bag I wasn’t sold that it would be enough to break the rocks I required. That being said of course after seeing pictures and videos online I thought I would give it a go”

CRD: “What was it like to use the Crack Rock Demo mixture? Did it work as expected?”

Jeff: “Mixing it up and everything was all very straightforward; I really just followed the instructions from start to finish and did not have much guess work at all. I think I may have made the mixture a little bit too watery, but it still got the job done. After about 24 hours after pouring the compound – there was just a hairline fracture running the side of the rock from top to bottom. Another 18 hours or so it had widened to about an inch. And just 12 hours after that it had broken through completely. There was no dramatic crash or explosion or anything, we just sort of came back to it and it had finished splitting.

CRD: “It sounds like overall you had a good experience with the product, would you use again if and or when the situation arises?” 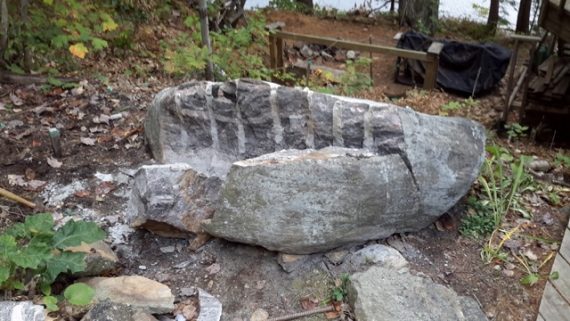 Jeff: “Absolutely, I purchased a larger bag than I needed for the sole purpose of having more for future jobs, or if any of the neighbours around the area need some as well. So long as I don’t get it wet – should last a very long time! I am very happy with not only the results of the Crack Rock Demo, but also the  instructions and service to go along with it.”

Crack Rock Demolition is a soundless and safe demolition agent which is quite different from ordinary demolition agents such as explosives and dangerous materials. It does not cause any fly rock, noise, ground vibration, gas, dust or any other environmental pollution when used properly. As requirements for demolishing rock and reinforced concrete in construction increase in tight quarters, the use of explosives and explosive agents is becoming more restricted as far as safety and environmental pollution problems are concerned. Crack Rock Demolition is the solution.